On Saturday, March 20, I woke up to a bit of a scare. Gretchen informed me that she woke up at around 3:00 am and couldn’t fall back asleep. Of course I was sleeping soundly throughout this entire time and she decided not to bother me. For the first time, she said she really sensed a kind of spiritual attack against her. As she lay in bed her mind was wrestling with all kinds of supposed inadequacies and shortcomings. When she realized that this was an attack she began to pray and fill her mind once again with truth. After an hour or so of battling the enemy in prayer, the lies she was subjected to became quenched and she was reminded once again of how much God loves and values her. Since she was up and in full fledged prayer mode she decided to begin praying for every one she could think of in Germany. She spent about 2 hours in prayer…wrestling with God on behalf of the lives of those she had some to love in Germany. By the time I woke up Gretchen was exhausted and very weak. So weak, we had to walk alongside of her to the car to make sure she wouldn’t faint or collapse.

As we left Berlin for Vilseck, I asked Eric & Lisa if they would join with me in prayer for Gretchen. Lisa began praying and she referenced the story of Moses’ and his friends holding his arms up so the Israelites would have victory in their battle (Exodus 17). Lisa said that since Gretchen was weak, she desired for us to come alongside of Gretchen and hold her arms up in battle. Off and on during that trip, we prayed both together and in the quietness of our minds for Gretchen. We were about to enter into a busy 24 hour period in Vilseck and we needed Gretchen at as close to 100% as she could be. By the time we reached Duane & Daylin Beach’s house she was nearing 90% (Gretchen’s estimate). As we prayed I was reminded of Paul’s words to the church of Ephesus in Ephesians 6 regarding spiritual warfare:

“And pray in the Spirit on all occasions with all kinds of prayers and requests. With this in mind, be alert and always keep on praying for all the saints.” 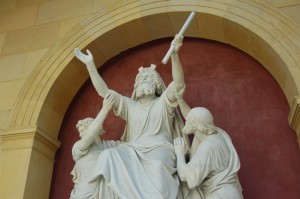 Our purpose for going to Vilseck was to come alongside of High Point Baptist Church in their mission to train up followers of Jesus for the work of the ministry. Vilseck is home to a U.S. military base so the great majority of people in the church are soldiers and their families. Duane Beach is the pastor and his wife Daylin does about almost everything. I knew Duane from college and contacted him a few years ago when Eric and I made our first trip to Dorsten. He told me to contact him if I ever were to come back to Germany so I took him up on this last year as we were planning our trip. After a few E-mails back and forth Duane and I decided upon the following for a plan of action while in Vilseck:

After having our car inspected and exchanging our passports for visitor passes we were allowed on to the military base Saturday afternoon. We did two basketball clinics for different ages in the high school gymnasium of the base. Since we had a lot of first time basketball players we didn’t progress quite as far as I imagined regarding basketball skills but it was apparent that the kids enjoyed themselves. I think this was the first and possibly the last time Lisa will be referred to as “Coach Beavers”. There were a few visitors there so I hope High Point will have some more contacts on the base and eventually some families can enter into the Kingdom of God as a result of a simple sports clinic.

It was very humbling to be with the people of High Point. During our time at the church facility on Sunday Morning I spoke with a wounded soldier, a guy that has already served three tours in Iraq, a graduate of West Point that was an Afghanistan veteran, and a guy entering the Army Rangers in the next few weeks. Most of the soldiers just returned from a three week training and are in the 90 day deployment window for Afghanistan. As a result of this, there were many heavy hearts as Lisa took her place behind the piano for her concert during the Sunday School hour. Lisa sang many songs regarding her battle for faith in God in the midst of diverse and troubling times. The lyrics to her songs resonated very well with those in attendance. There were many tears in the sanctuary that morning and God was using Lisa’s talent to bring truth, peace, and hope to the soldiers and their spouses.

During the service I was personally blessed to be led in musical worship by Eric & Lisa. Since they moved from MN to NC I have not had the opportunity to worship with them in that way. I had to go half way around the world to do it, but it was wonderful to sing to our great God with them once again.

I spoke on Hebrews 10 again and focused on the writer’s proposed responses to the reality of Jesus’ death giving us access into the Most Holy Place known as the very presence of God Almighty. At breakfast on Sunday morning, Duane and I talked about the battle as pastors to continually convince the body of Christ that “church” is not a building or a service. The church is not a location or a time of the week. Church is the called out ones following Jesus in a missional way of life. The writer of Hebrews 10 emphasizes this in his four “let us” commands. As I stood their singing I knew God was asking me to change from my original plan and speak on Hebrews 10. Based on a few conversations after the service, I know why God led me to that passage. I am always amazed at how God works!

For the children, Gretchen (with the help of Lisa), taught the children about their uniqueness and importance on this earth. She used Consumed Publishing’s book The Almost True Story of General Sherman (shameless plug – still available for purchase – wink, wink, look to the right). I have never seen so many kids in one church from an adult to kids ratio. There were literally kids everywhere. They are producing kids on that military base like rabbits. So Gretchen and Lisa’s ministry during that teaching time was extremely valuable. Imagine if a few of those kids truly believe God created them uniquely for an adventurous life full of meaning and purpose! The world may never be the same!

As we drove back to Cologne on Sunday afternoon to prepare for our flight home out of Dusseldorf on Monday morning we all agreed that 24 hours in Vilseck wasn’t even remotely close to being enough time there. Duane & Daylin are doing an amazing job in a transitional kind of church. I hope we can return there in the future for a longer stay and assist these great followers of God in their Kingdom work there. They are impacting the lives of leaders that will be sent out to many parts of the world. I pray as these men and women are prepared on the military base for physical battle they continue to understand the importance of High Point as a place to prepare for the spiritual battle they will be involved in for the rest of their lives.

On Monday morning we left Dusseldorf with mixed emotions. Our lives were touched and forever impacted by the people of Germany but we were excited to return home to the friends and family we left behind. God is building His church on this earth. Trips like this one are a great reminder to me of this truth. As I battle with God for the hearts of those in the Twin Cities I can become so immersed in my environments that I forget about His Kingdom being built all over this wonderful planet. I feel trips like this are far more beneficial to me than the people I was supposed to minister to. If we were used to impact their lives even half as much as ours were impacted then that is a really good thing!

Thanks so much for your support both financially and in prayer. Together we are freeing people and bringing them into the amazing, abundant life Jesus came to offer them! Let’s keep moving forward!

Over the next week or so I will post entries from Gretchen, Eric, and Lisa regarding their thoughts of the trip. So come on back! 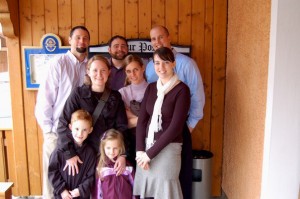 (The Millers, Beavers, and Beach family) 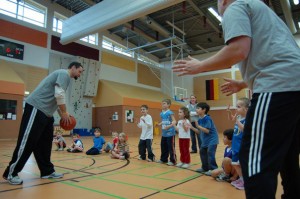 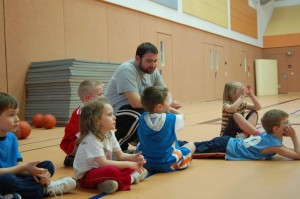 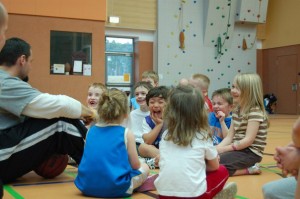 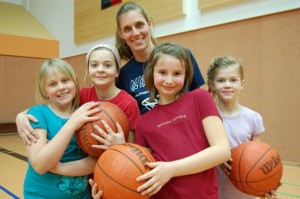 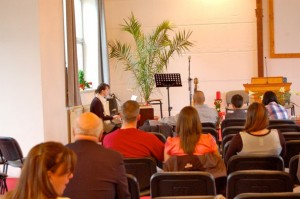